This match started with a bit of stress because Chris K was at home bathing the baby (literally) when he should have been playing tennis. A panicked phone call and he arrived, fashionably late. Meanwhile our number two pairs had decided to start playing. 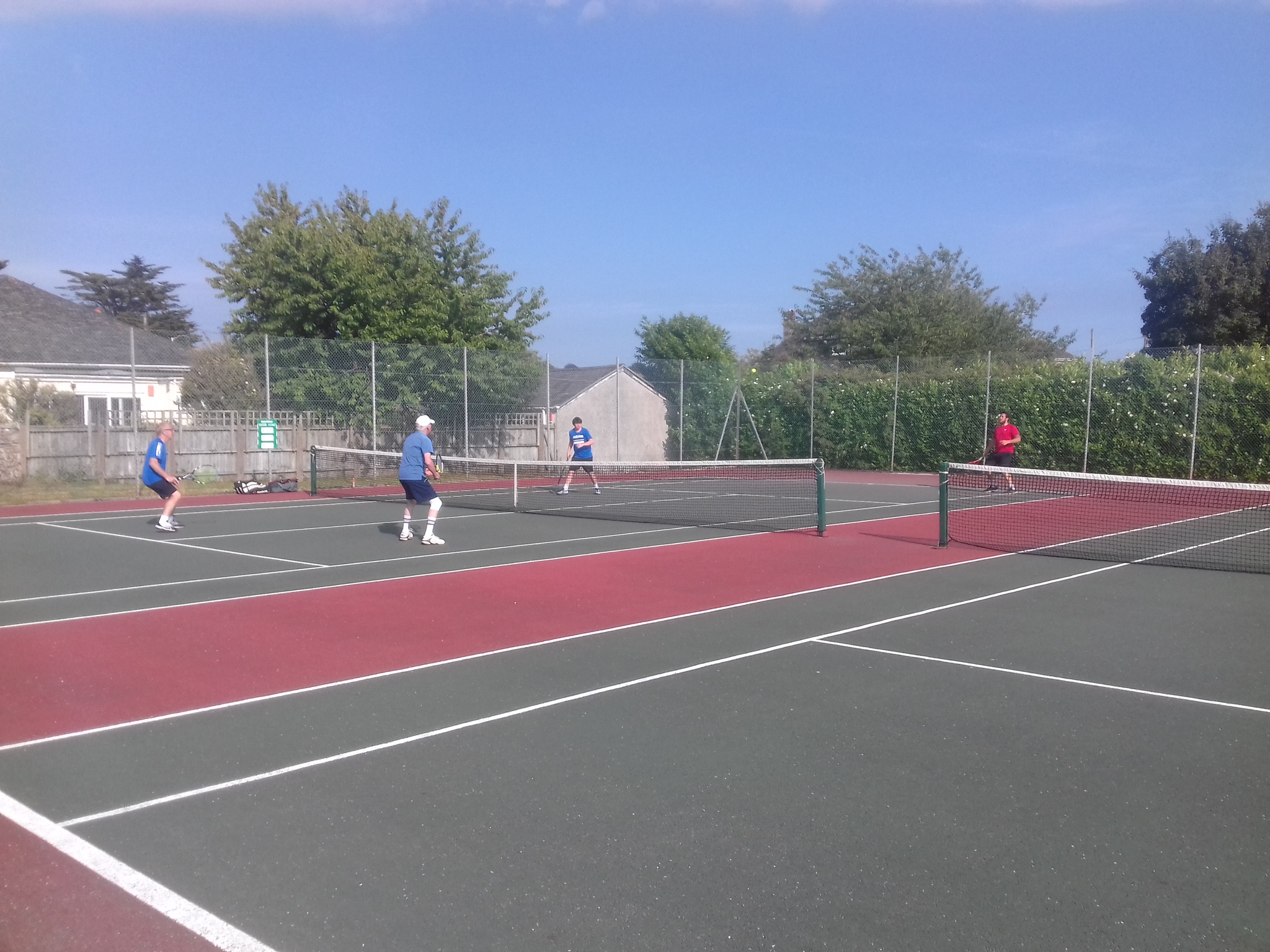 The game between the two number one pairs eventually got underway and went on for some time. In the process we won a set (that’s another point, hurrah) but lost the tie break.

That was about as good as it got. Exhausted from tie breaks and baby duties, our number one pair rather fell away in the second match and the number one pair of Ivy Bridge had no problem against our gallant but outclassed second pair. 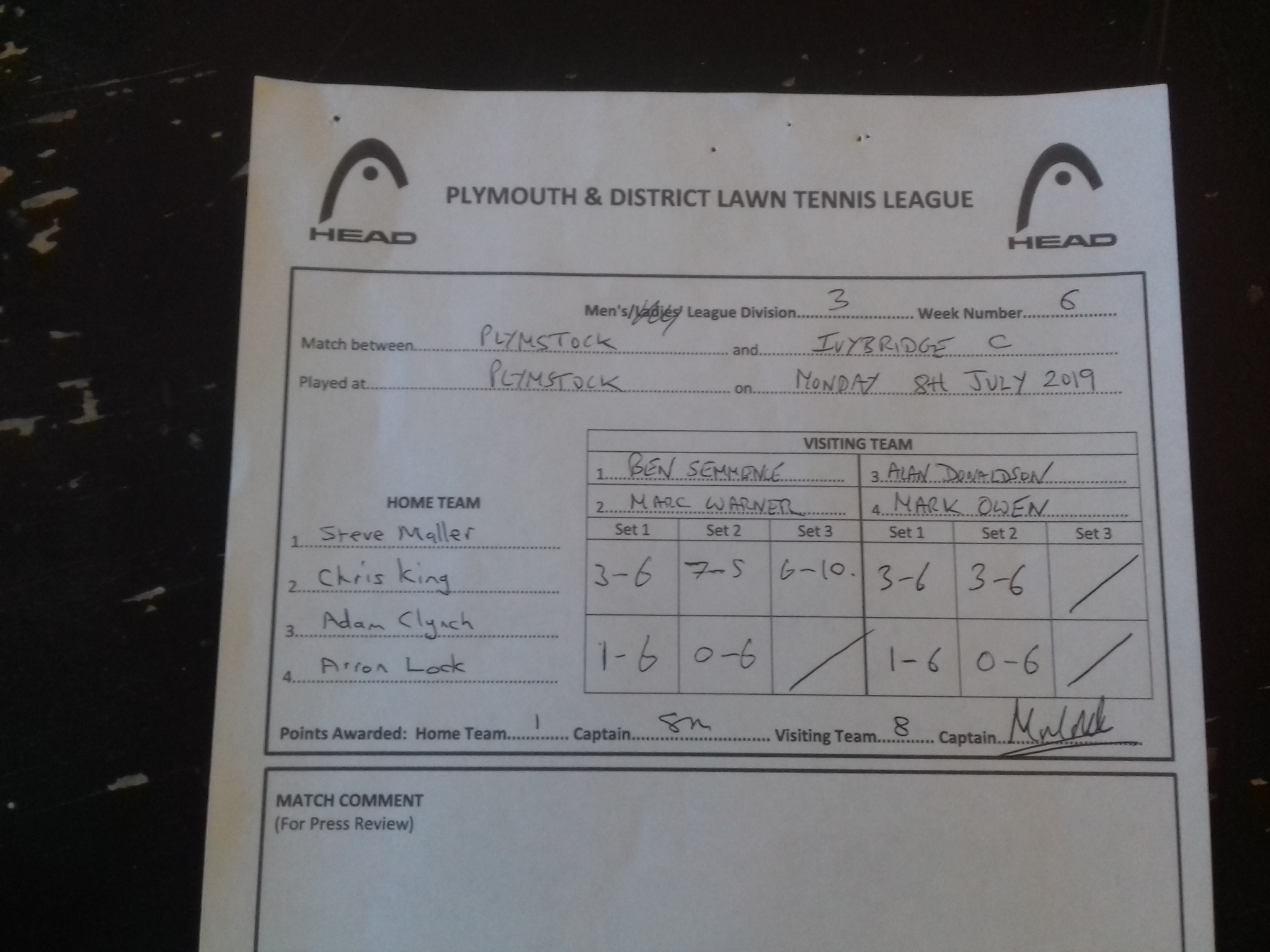