The club tournament finals were played on Sunday 1st September. The sun was shining, it was perhaps a little windy. 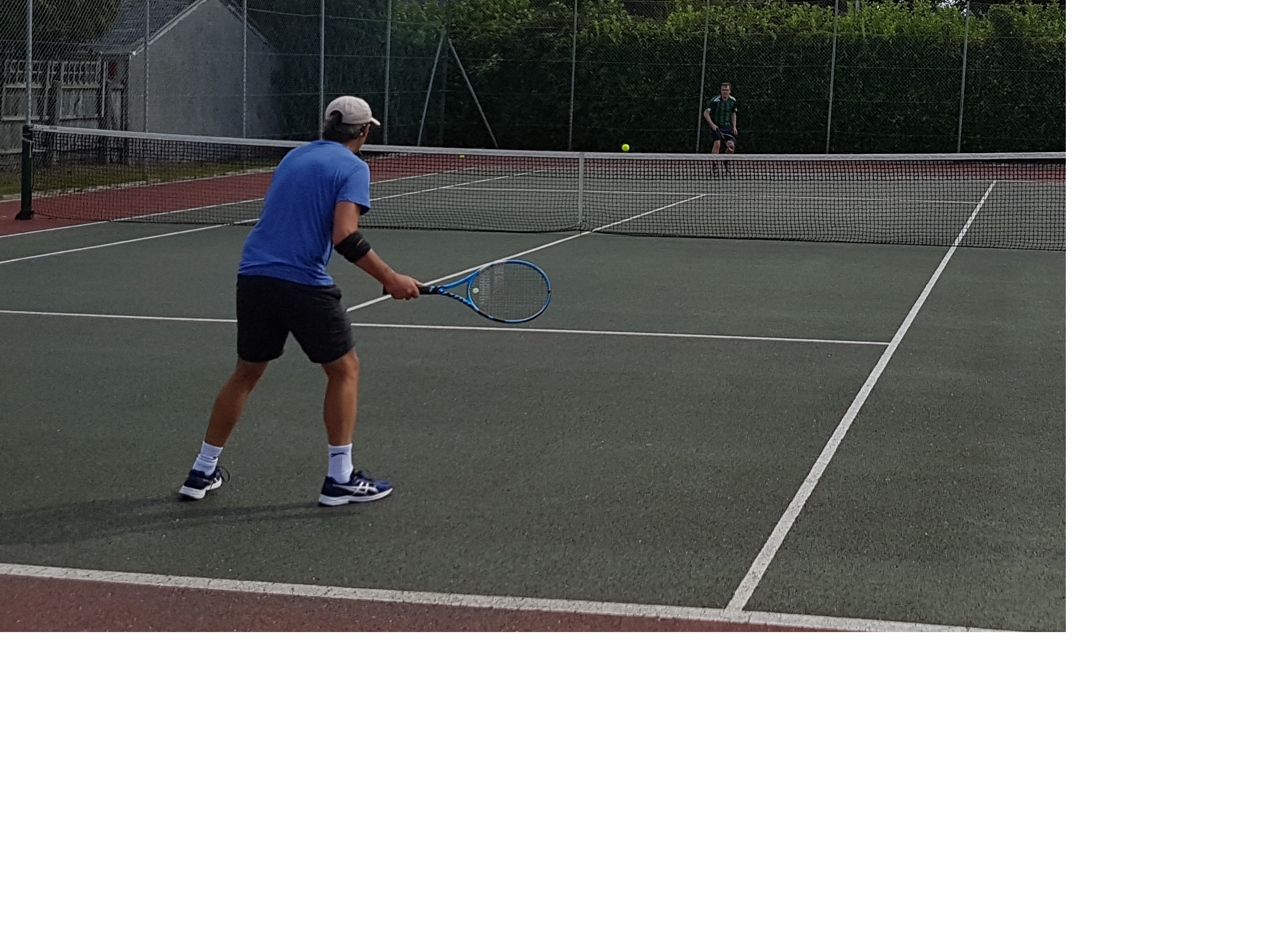 The first match was the mens singles between Dave Roberts (facing the camera in the shot below) and Steve Maller. Both players styles are such that there were many long rallies. The score, which doesn’t reflect the closeness of the contest, was 6-0 6-2 to Steve. 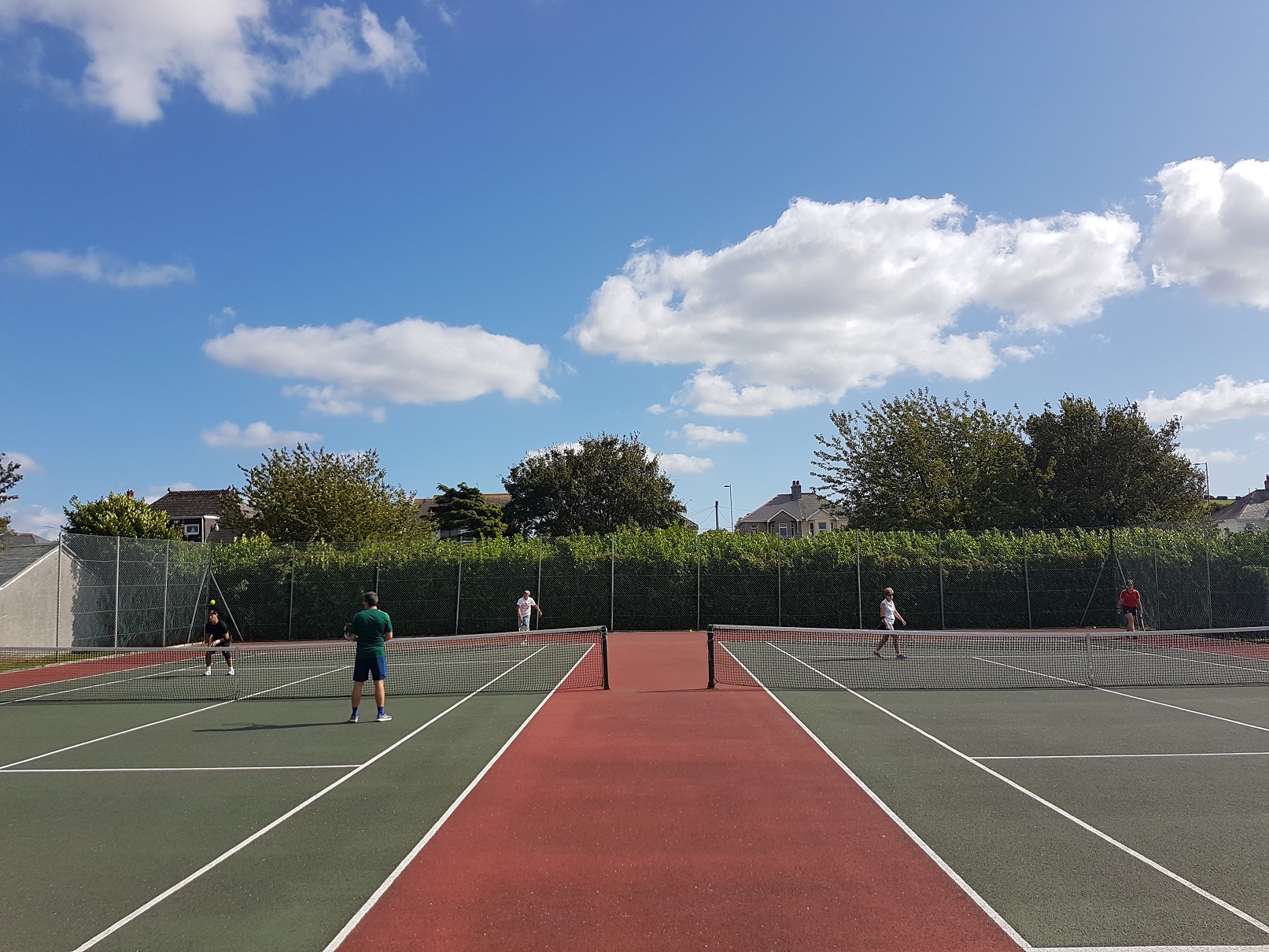 Next the mens doubles and the ladies doubles were played at the same time.

The line up for the men’s tie was Simon Coll and Pete Brownlow vs Dave Roberts and Steve Maller.

Simon (left) and Pete (right) are on the far side of the court. 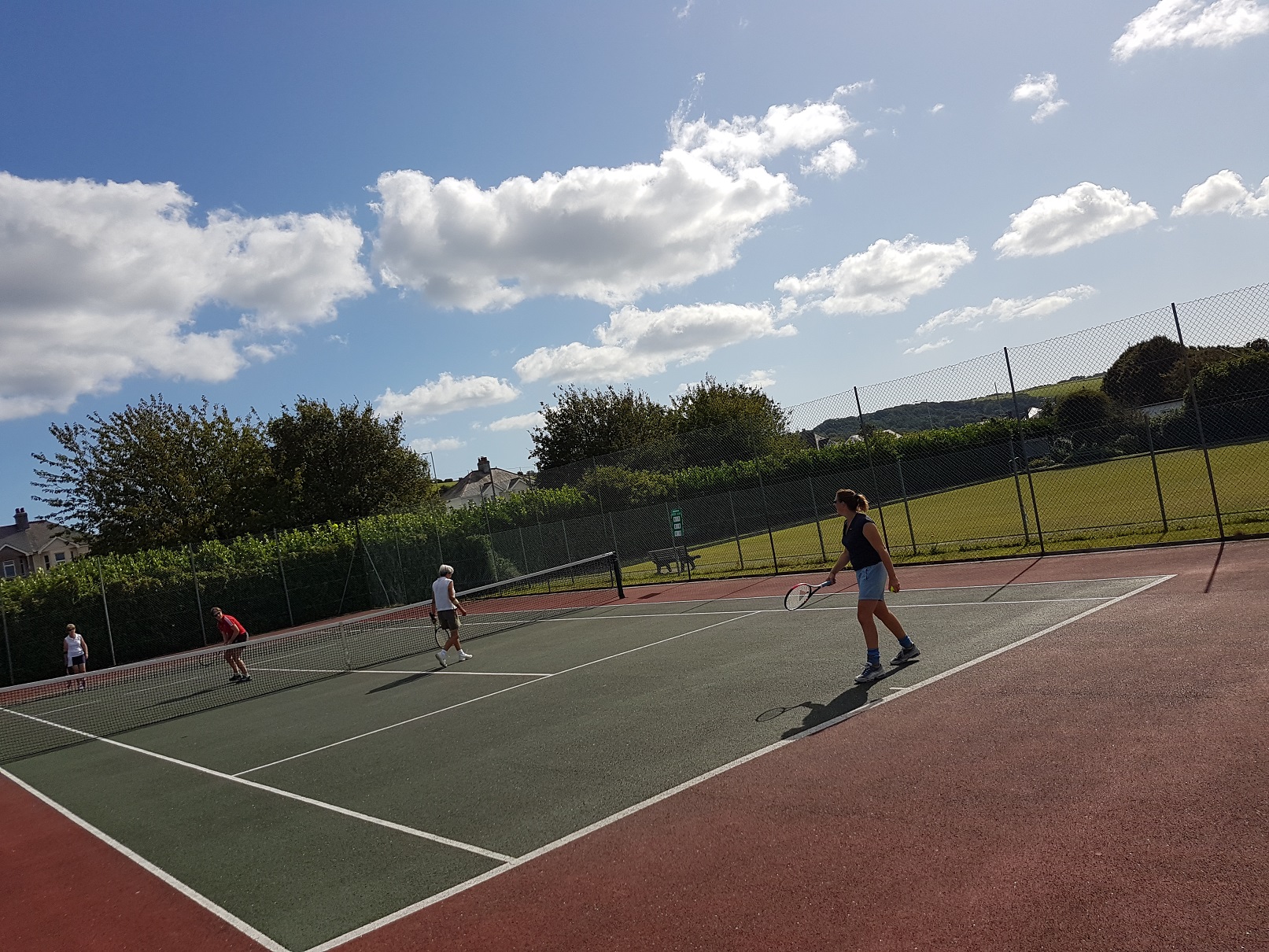 The doubles pairings were a random selection this year. Sometimes the organising committee attempts to produce evenly matched teams. This year we are pleased to have some new members and, when doing the draw, there was some uncertainty about peoples strength. Hence the random pairings produced the two finalists from the mens singles on the same side. 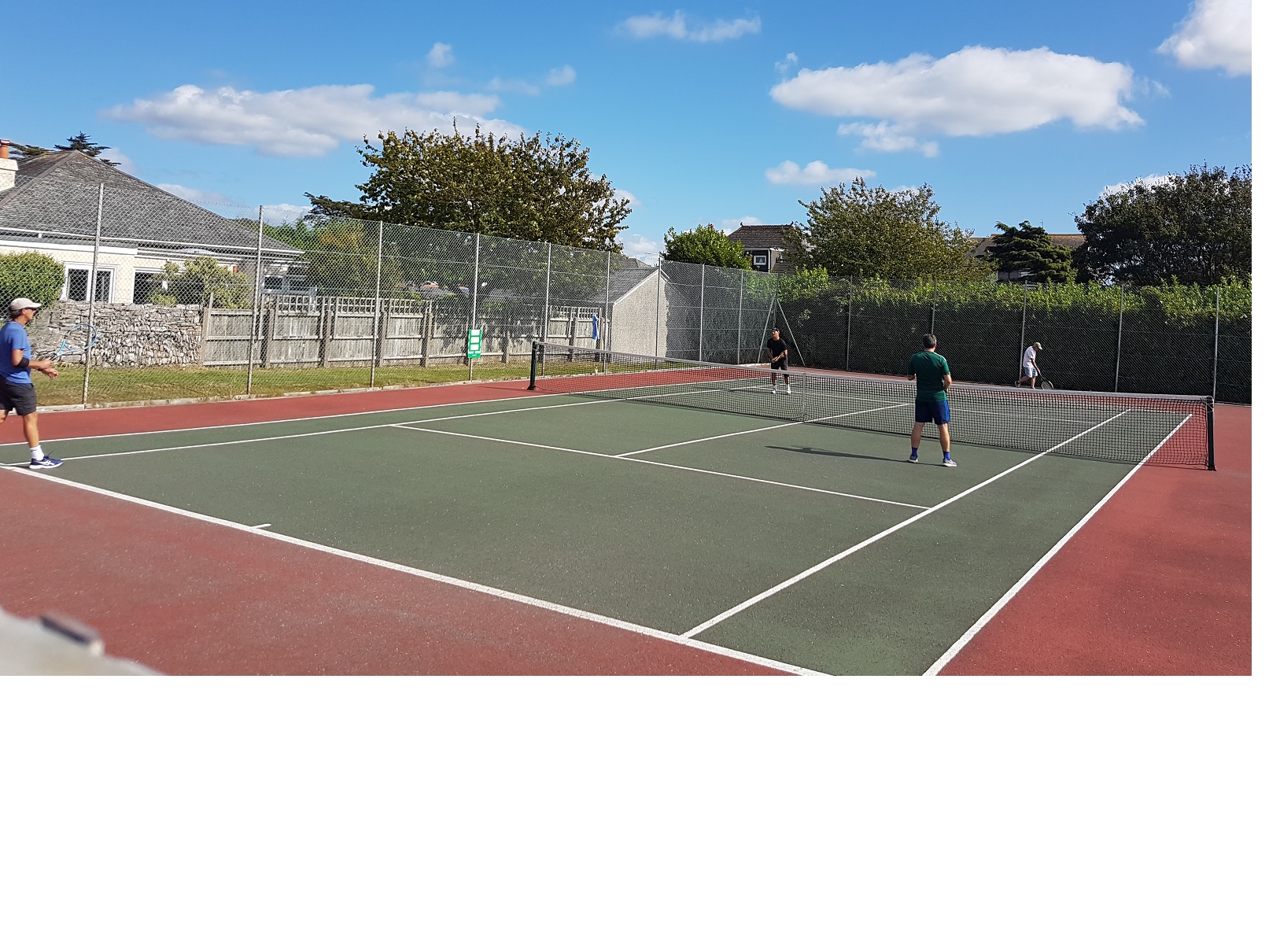 The event was well attended. Most of the crowd can be seen paying full attention, although perhaps the dog and the baby less so. 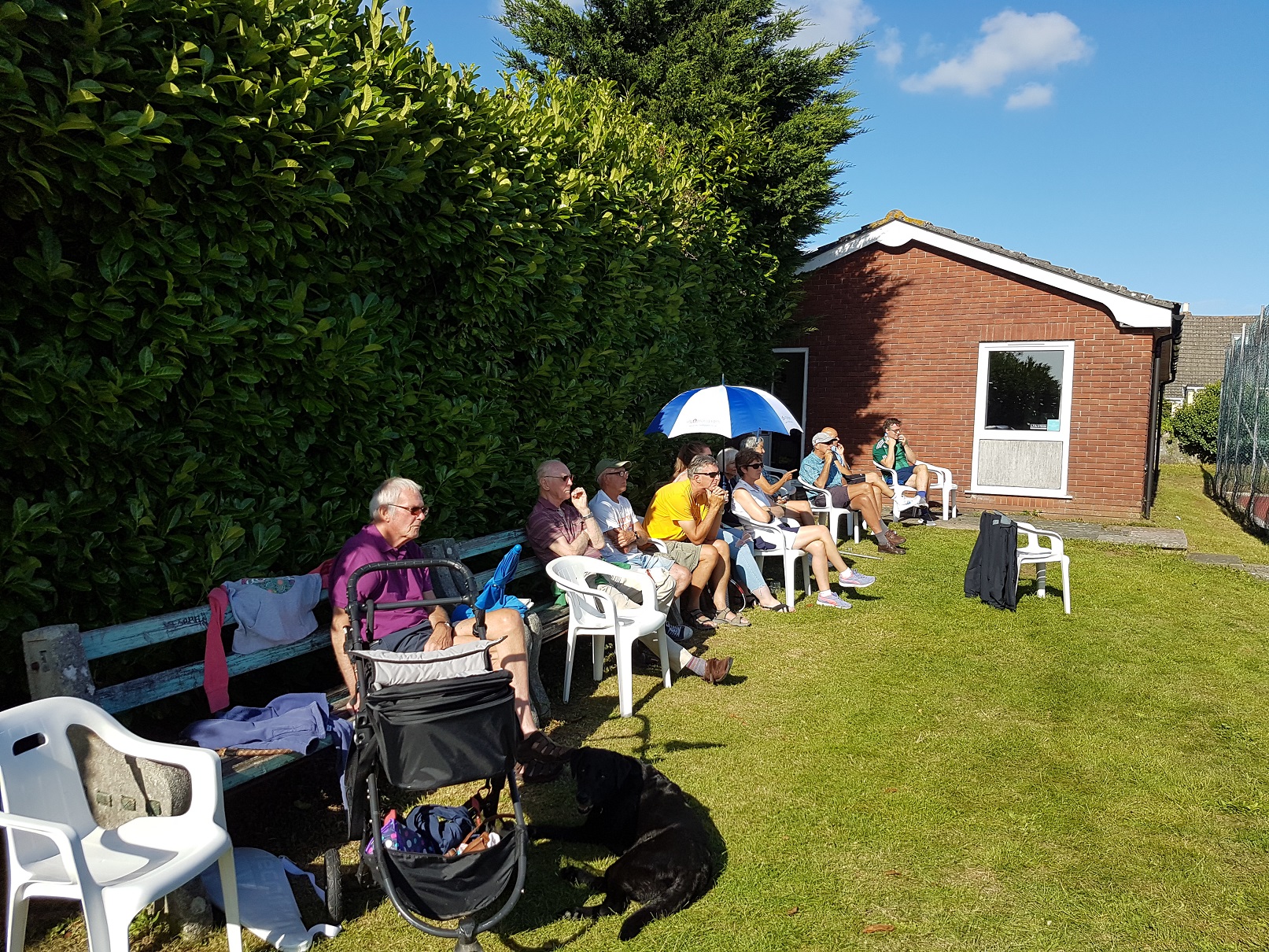 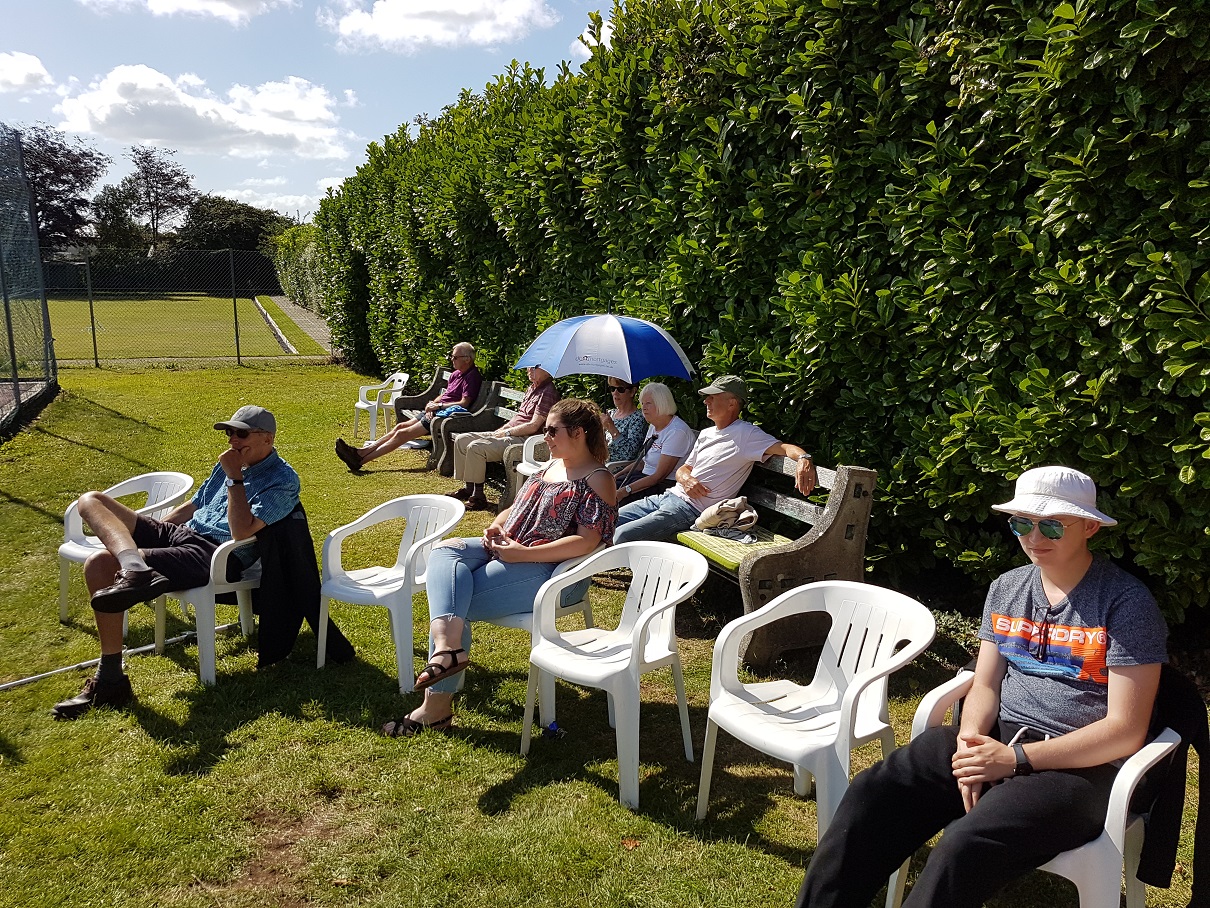 The finale was the mixed doubles. 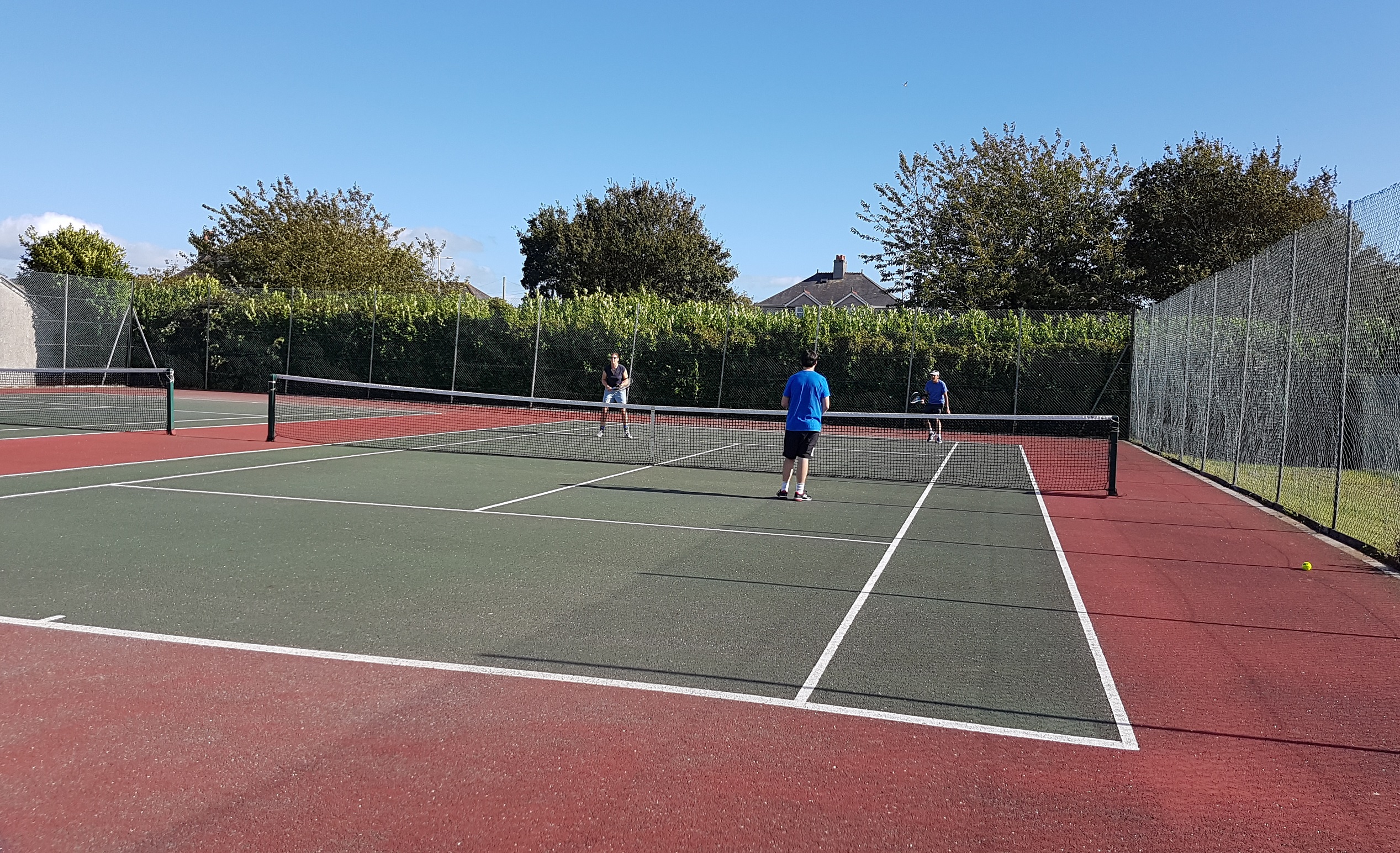 Shortly after this baby Imogen made her feelings felt about mums absences. So we had a break for afternoon tea. Many thanks to all who baked, cooked, helped with the food, laid things out and cleared things away. The wind dropped a little, the sun kept shining and the match resumed.

The second set went to a tie breaker, eventually won by Chloe and Steve.