This is a round-robin mixed pairs event with the twist that for each group of 4 players you play with your normal partner, then against them, and accumulate an individual score 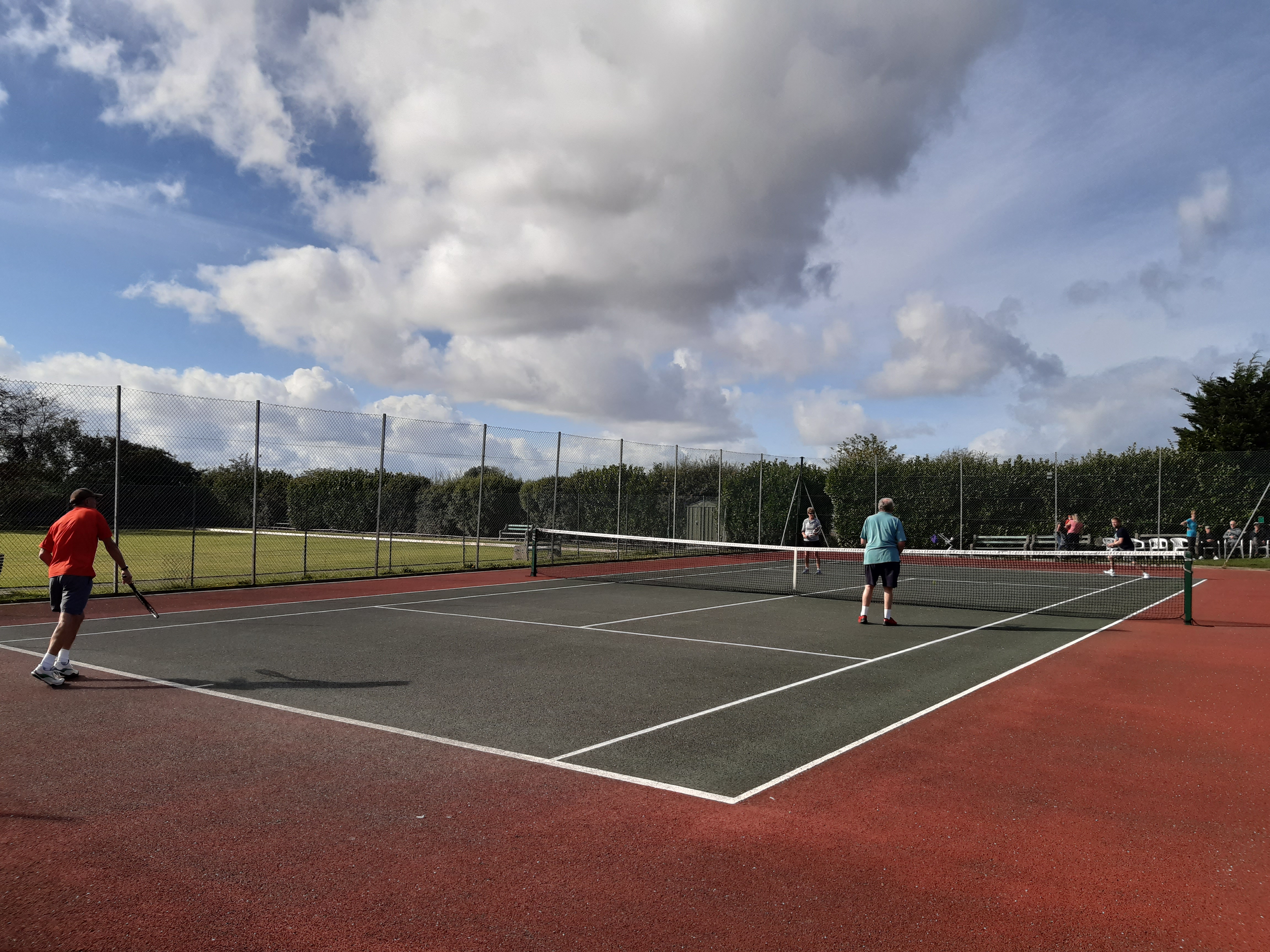 There are two pools of players, this time called the blue group (with most of the stronger players) and the red group, and each pair is made up of a red and a blue group player. This year we played a championship tie break for every game – first to ten points. This ensured plenty of changes of server and changes of ends and, possibly, just a little confusion.

It may seem confusing, but it is likely that the winner after all this is, indeed, the best player on the day. As evidence of this, the winner of the blue group this time was the same as last year – Chris King, seen pictured below receiving his rose bowl trophy from our Chairman (and winner of the red group), Dudley Tolkien.

The full scores are in this PDF (opens in a new window.)

After the matches were completed, the scores were added up, the last of the cream tea was consumed and we had tidied up a little, the presentations were held, both for the Roy Gibbs tournament and for the club tournament.

We seem to have a lot of silver wear as a club. Your humble correspondent tried to get a decent picture of it all but failed, the best picture slightly marred by the chairman’s eyes being closed. (I have no idea how to avoid this apart from taking hundreds of shots, which seems to me to spoil the mood a bit.) I may post some of these pictures on Facebook.