This match was played on a hot and sunny June evening. In the picture below the Ivybridge foresome are warming up on court 1 and Tim is responding to my request to look athletic in the foreground. 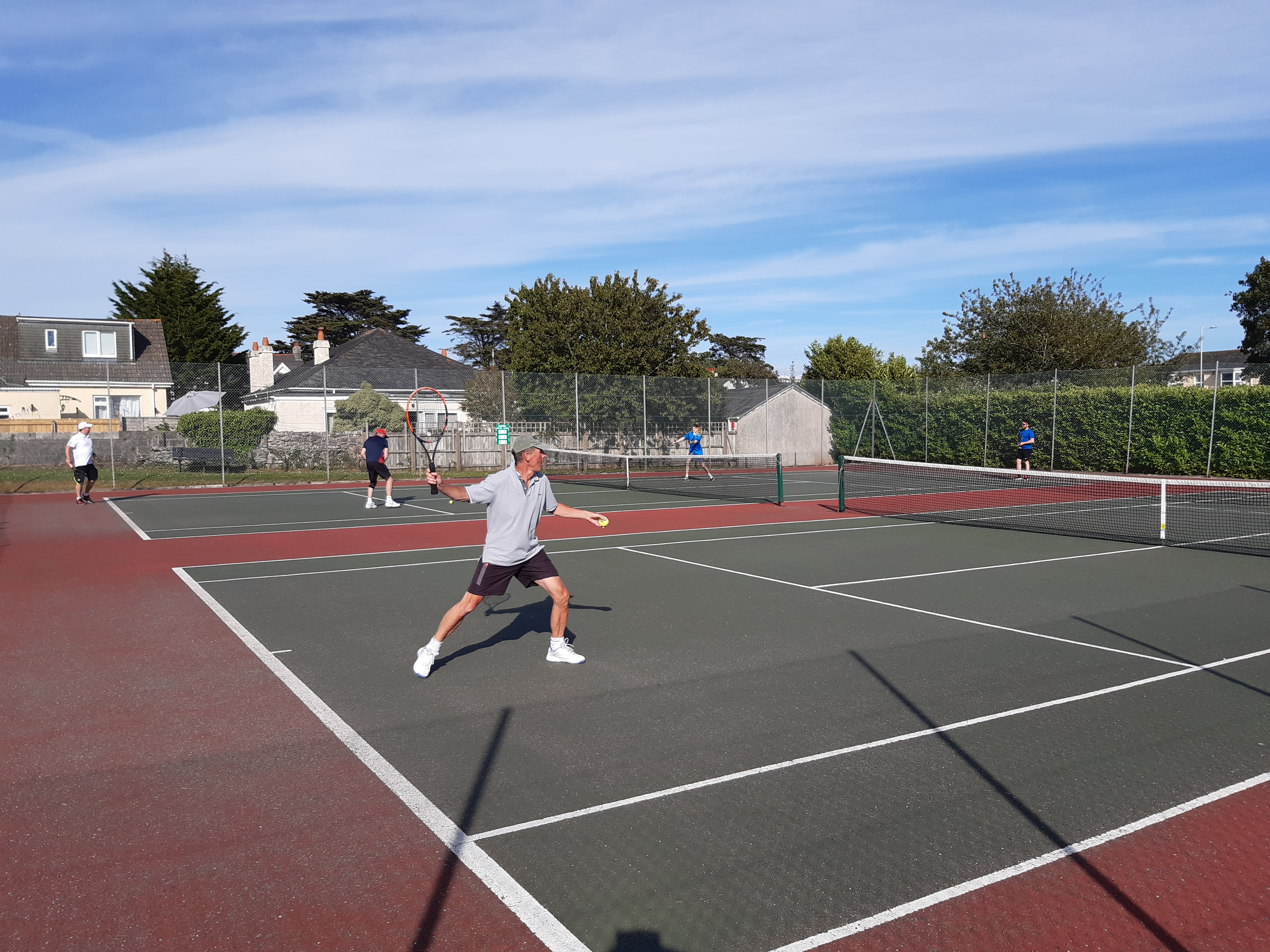 In the first matches Tim and Steve had a harder struggle than the scoreline might suggest whilst for Dave and Dave it was very close. The first set reached 5-5 and went to a tie break, won by Ivybridge.

After the change around Ivybridge first pairing lost the first set to Dave and Dave, then leveled via another tie break. Which then brought yet another tie break, won in the end 10-12 by Ivybridge. Meanwhile Tim and Steve won their first set 6-1 but faltered in the second, only winning that one on the breaker. 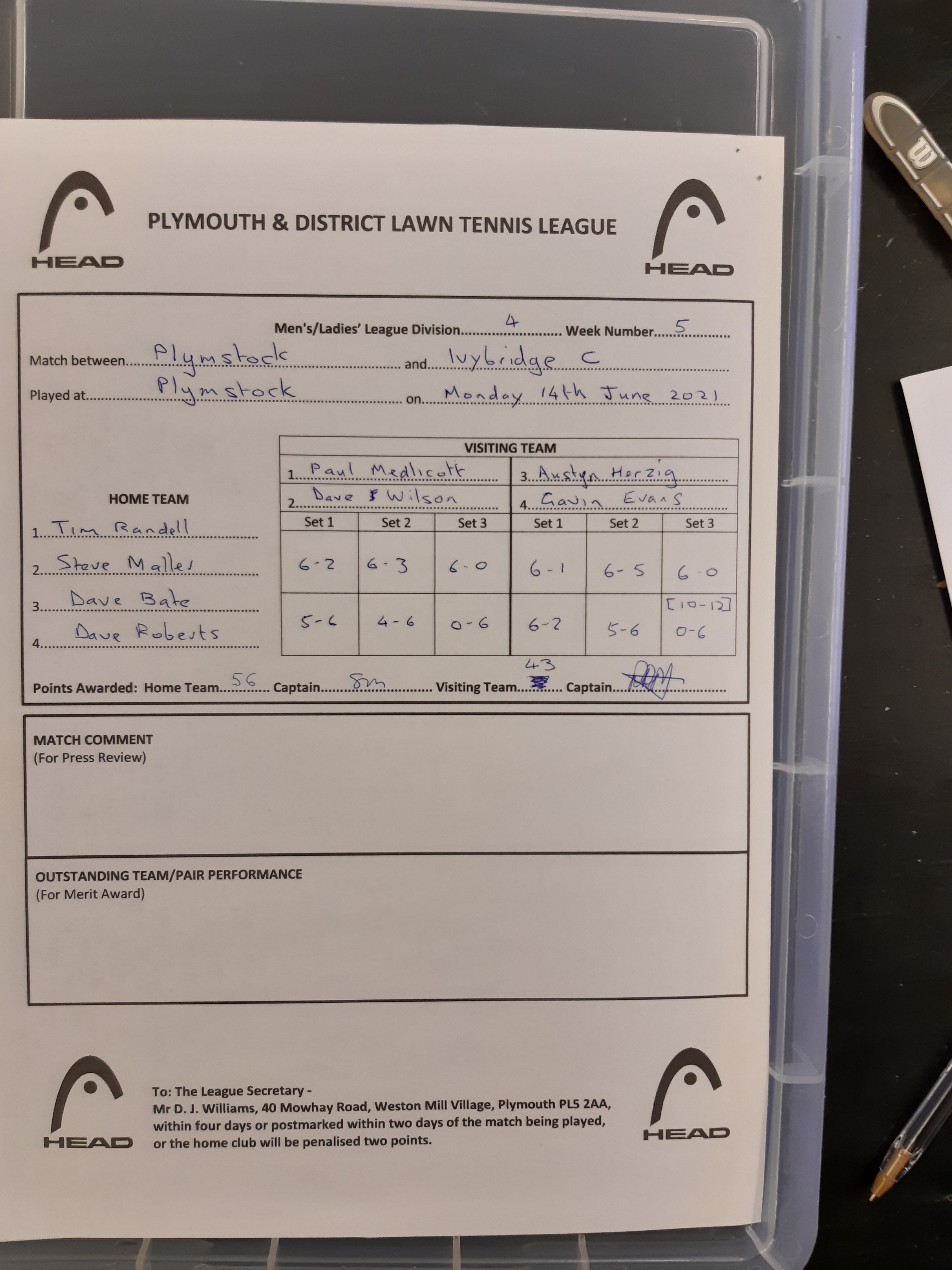