Friday was still hot and sunny in the evening. St Budeaux’s courts are arranged such that a setting summer sun is a problem at one end. This problem eventually went away because the matches lasted into the night. Fairly dark by the end at about 9:30pm. 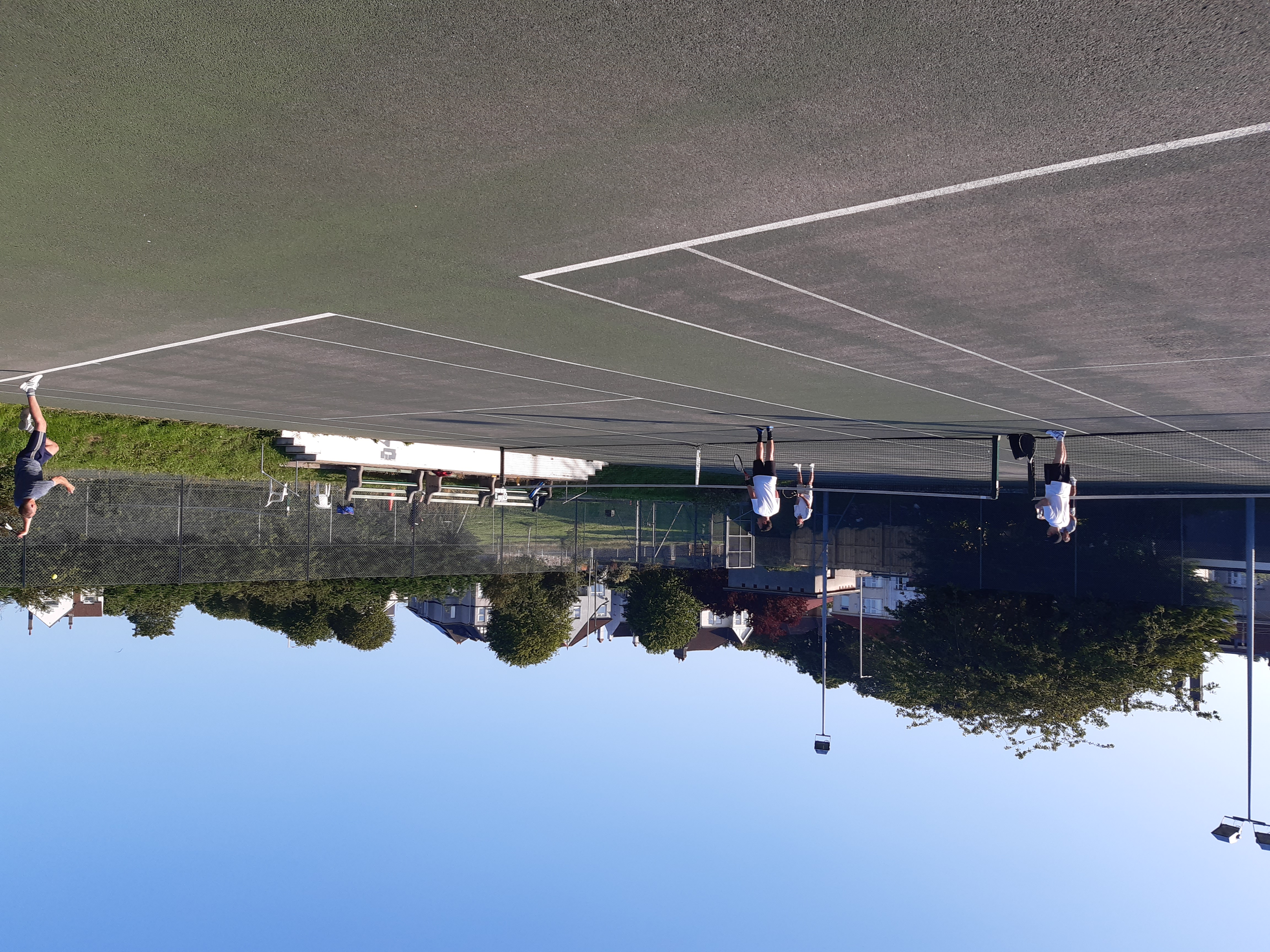 As with ourselves, there wasn’t a lot of difference in standard between St Budeaux pairings, so the second matches were also close. Steve and Dave went to tie break twice, eventually winning both, possibly because of a better guessing where the ball was in the dark.

Tim and Phil had a slightly easier time of it second time. The end result was 67 points to Plymstock and 34 to St Budeaux. (Which is not what it says on the scorecard, but I’ve added it up again, and sent an email pointing out our mistake.) 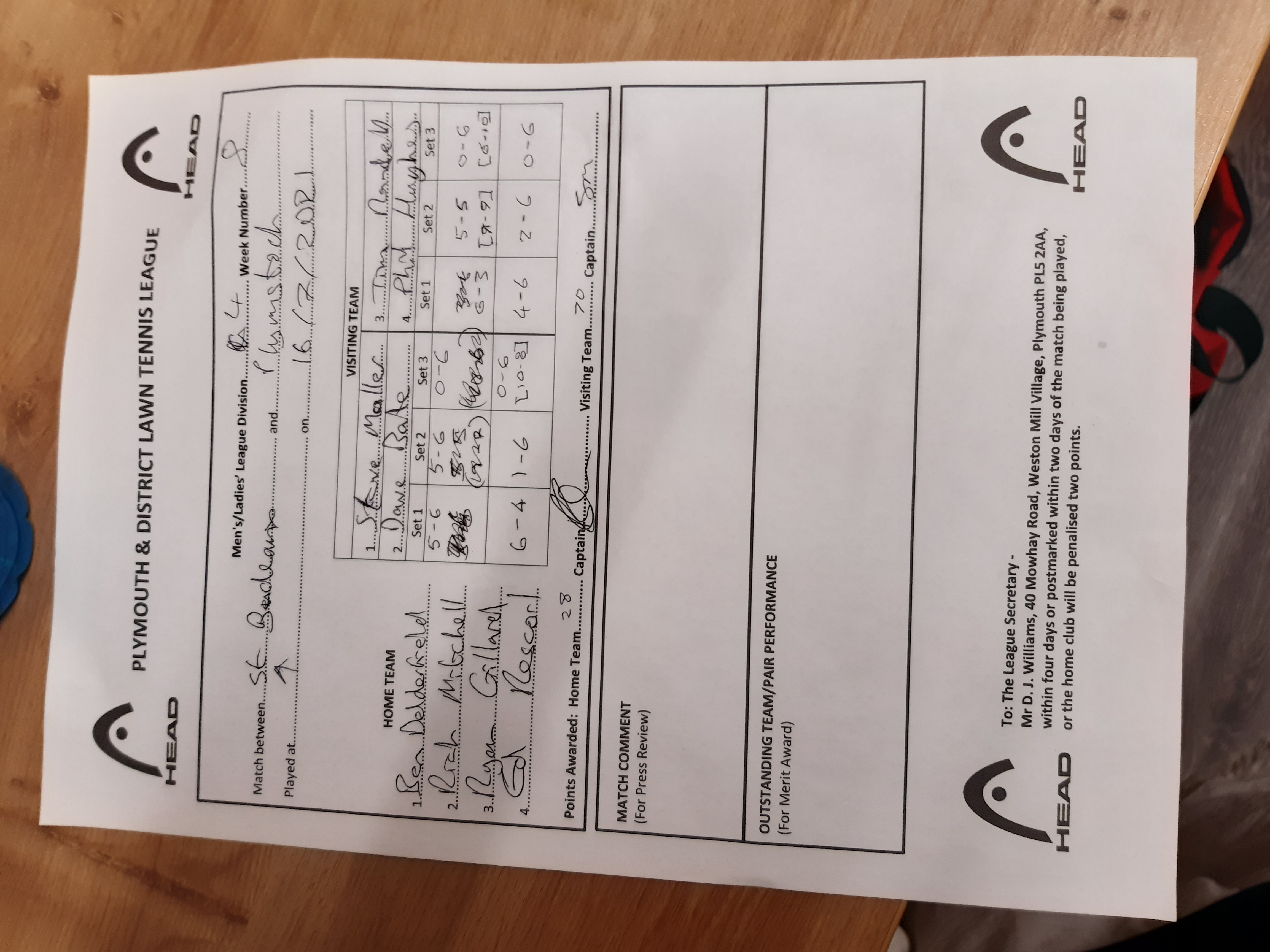