Book courts on this page. Both courts are available for both singles and doubles.

The league seasons for both men and ladies have finished, freeing up Monday and Tuesday evenings. Also there are junior coaching sessions, usually on Saturday and Sunday mornings.

The above is a summer schedule. In winter the Wednesday club session switches to an earlier time, starting at 13:30

Other Dates to Note

The finals day will be Sunday 26th September. The draw has been made and the competition is now under way.

The club tradition returned after missing a year. 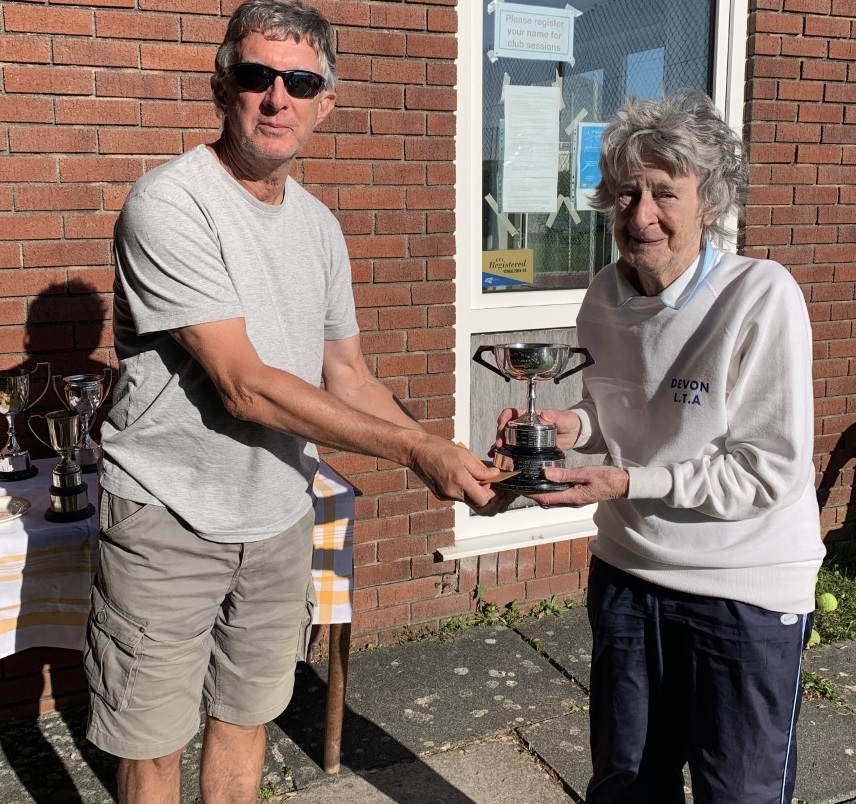 Thank-you to our chairman, Dudley, for a huge amount of work. About 30 people played games and guessed answers on January 19th. My team came second. For which there were no prizes of course. 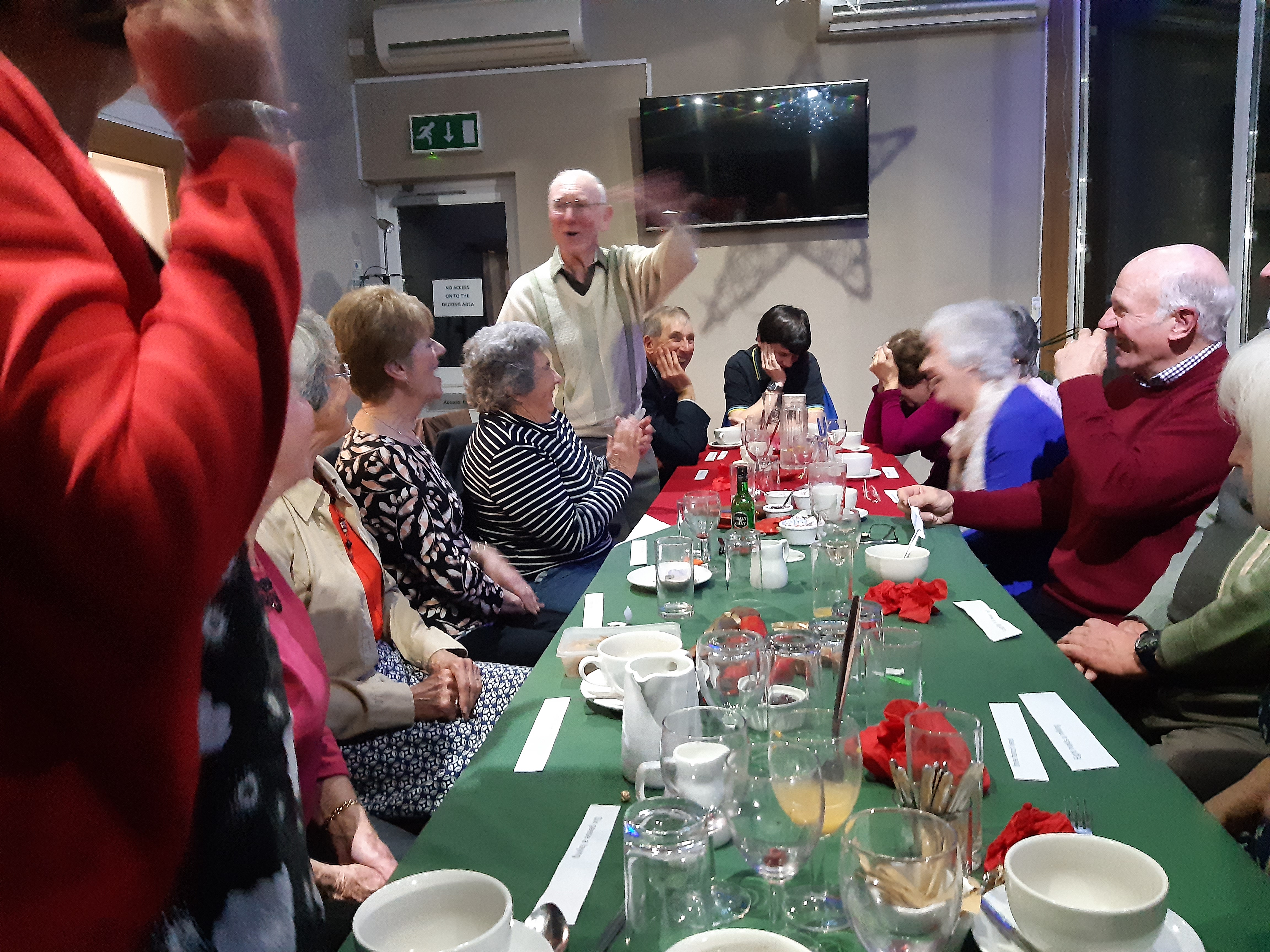 Well it was a bit of a surprise that, as well as swinging a racket, they expect one to be able to sing as well. Twelve days of Christmas, suitable for teamwork. Lucky for me I only had 12 drummers drumming, sung only once. 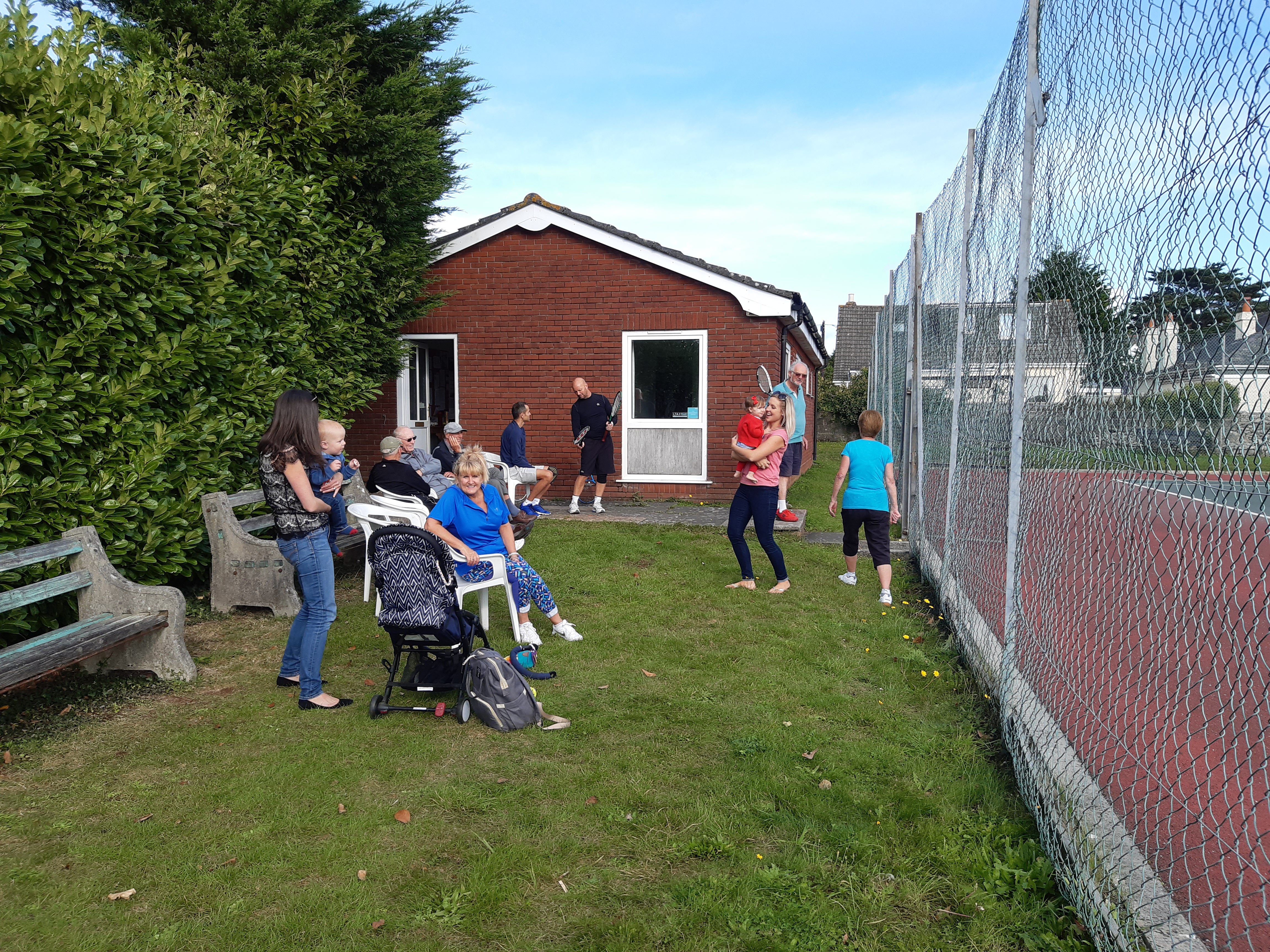 The 2019 event was held on Sunday 6th October. It is a one day tournament in a round-robin format, held in memory of Roy Gibbs who sadly died playing for Plymstock in a league match in 1975. Full Details.